In 1997 I founded the Vascular Surgery Unit in Cittadella Hospital ULSS 15 “Alta Padovana”, Padua. It grew more and more important over the years and finally became a Department of its own in 2000.  It closed its doors on 31 st December 2013 due to a decision of The Venetian Regional Government. During all these years I have tried my best to give a valuable contribution to the prevention, diagnosis and treatment of “vascular” diseases”.  I have always strived to share these results through courses, conferences and scientific publications and I regret not having had enough time to propose all of my ideas and expertise to the scientific world. Here you can find "my" Vascular Surgery, topics and materials that, if you are interested in, may be a starting point for reflection, discussion and debate. 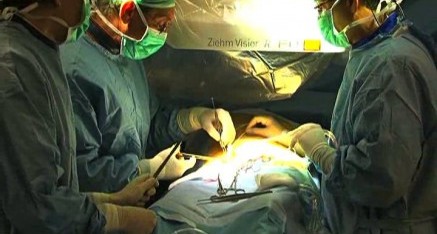 2000: Autonomous Unit of Vascular Surgery springs up after some years of unstructured activity. Since the beginning I have dealt with all vascular areas of interest with zero mortality according to early indicators AGENAS (National Agency for Regional Health Services ) in non broken abdominal aortic aneurysm repair and carotid endarterectomy.
At the end of 1999 I became involved in, at that time, “emerging” Endovascular Surgery  a new “minimally invasive technique “ for the treatment of aneurysms of the thoracic, abdominal aorta and iliac arteries. Convinced that this method could be, in selected cases , better than open surgery because it reduces intervention time, blood loss and hospitalization,  enthusiastically I started my journey in EVAR-TEVAR where I  found a lot of satisfaction and success, but also some defeats and disappointments. In my “ endovascular journey “ I have been assisted by the team of Hemodynamics, directed by Dr. Mario Zanchetta who shared with me this experience with extreme availability and competence. 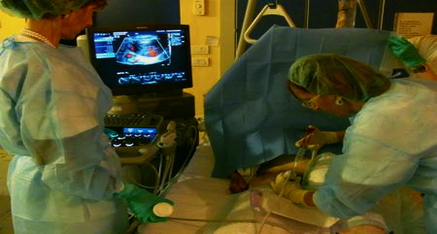 “Cardiovascular“ patients are complex because diabetes, hypertension, ischemic heart disease, cerebral atherosclerosis and kidney failure often complicate and compromise ward and operating room management resulting in an extension of the hospital stay.  We all know that working with specialist consultants such as diabetologists and cardiologists can be very difficult because this management can’t give continuity in patient’s care. It has been my intention from the beginning to have a component of my team some internists to look after these difficult aspects in managing this type of patient during their stay in the hospital. Dr. Ugo Zurlo, General Director in 2000, with admirable foresight and availability, shared my proposal and allowed the introduction in Vascular Surgery’s team of two medical specialists who did also Doppler Ultrasound. So this was the beginning of the Angiology Unit and its fruitful future. Working in sync with Vascular Surgery, it acquired over the years more and more expertise and visibility and learned specific skills that allowed Vascular Surgery to be autonomous in diagnosis and management of patients who had been subjected to  surgery. Thus, Angiology itself became a reference point for inpatients and outpatients with vascular disease.